Yeah, I Decoupaged a Typewriter

In general, I’m a big fan of the Olivetti aesthetic. The Lexikon 80, the Lettera 22 and 32, are sleek and gorgeous, and the Valentine romps in my dreams like a far-too-expensive lover.
I’m far less enamored of the boxy look of the Lettera 33, and the Lettera 31 (aka The Dora) is downright ugly, especially in the all-too common putty color. I picked up a Dora last year some time, cleaned it up and freshly beribboned it, and was sad to see it’s also not a spectacular typing machine. It works, sure, but it feels cheap. I’ve heard similar things about the action of the Valentine, but at least it’s nice to look at.

So, I took my Dora and decoupaged it. 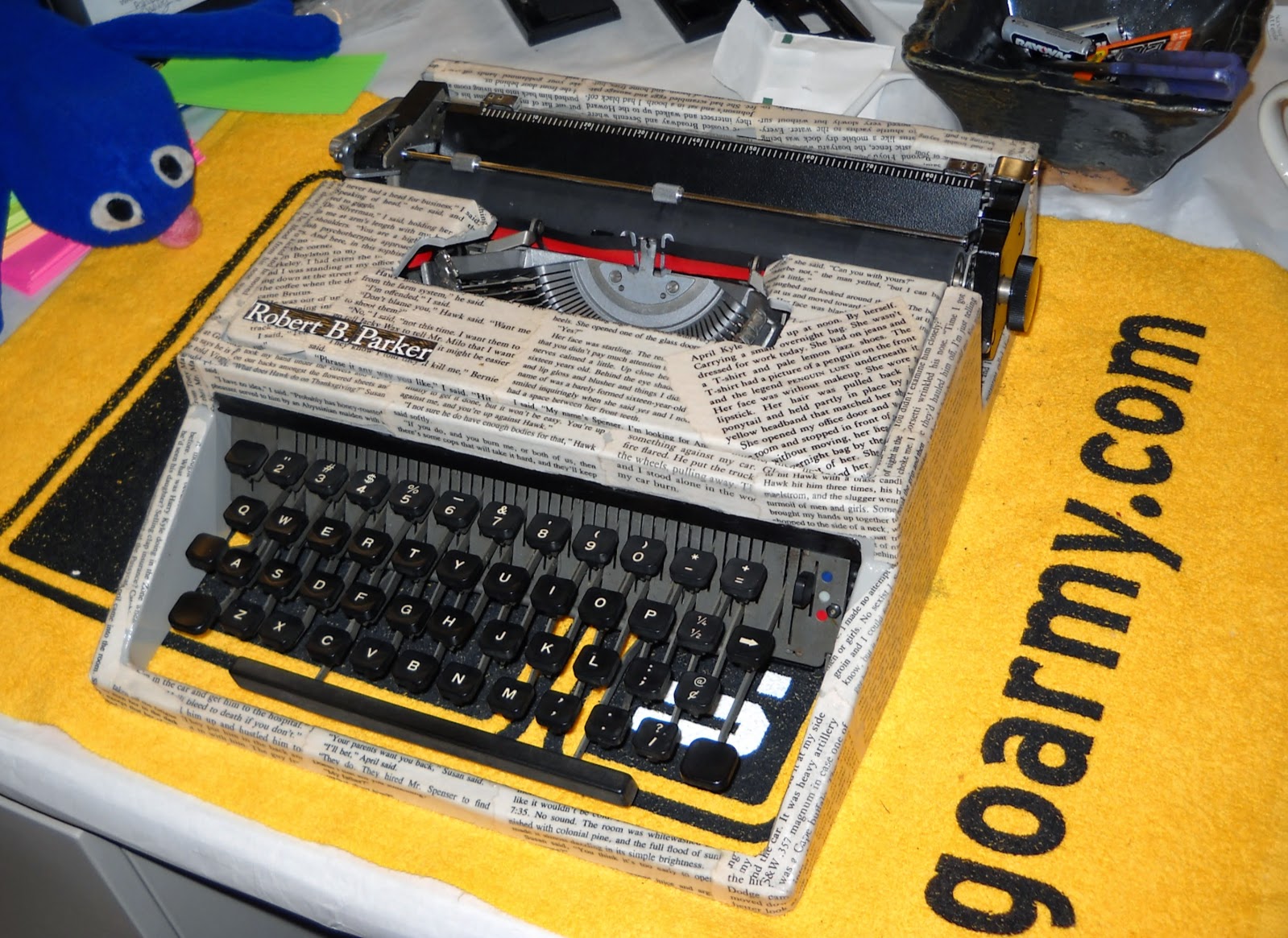 I’m also a big fan of the work of mystery dean Robert B. Parker, and I have a bad habit of picking up extra copies of his books whenever I see them on the used-book racks and bins. I decided to dedicate the Dora to Parker (and name it after him) by adorning the thing with pages from two of my favorite Spenser novels “Ceremony” and “Taming a Seahorse,” both part of the April Kyle trilogy.
Take pages, add Mod Podge, and -- tah-dah -- a somewhat more interesting typewriter. 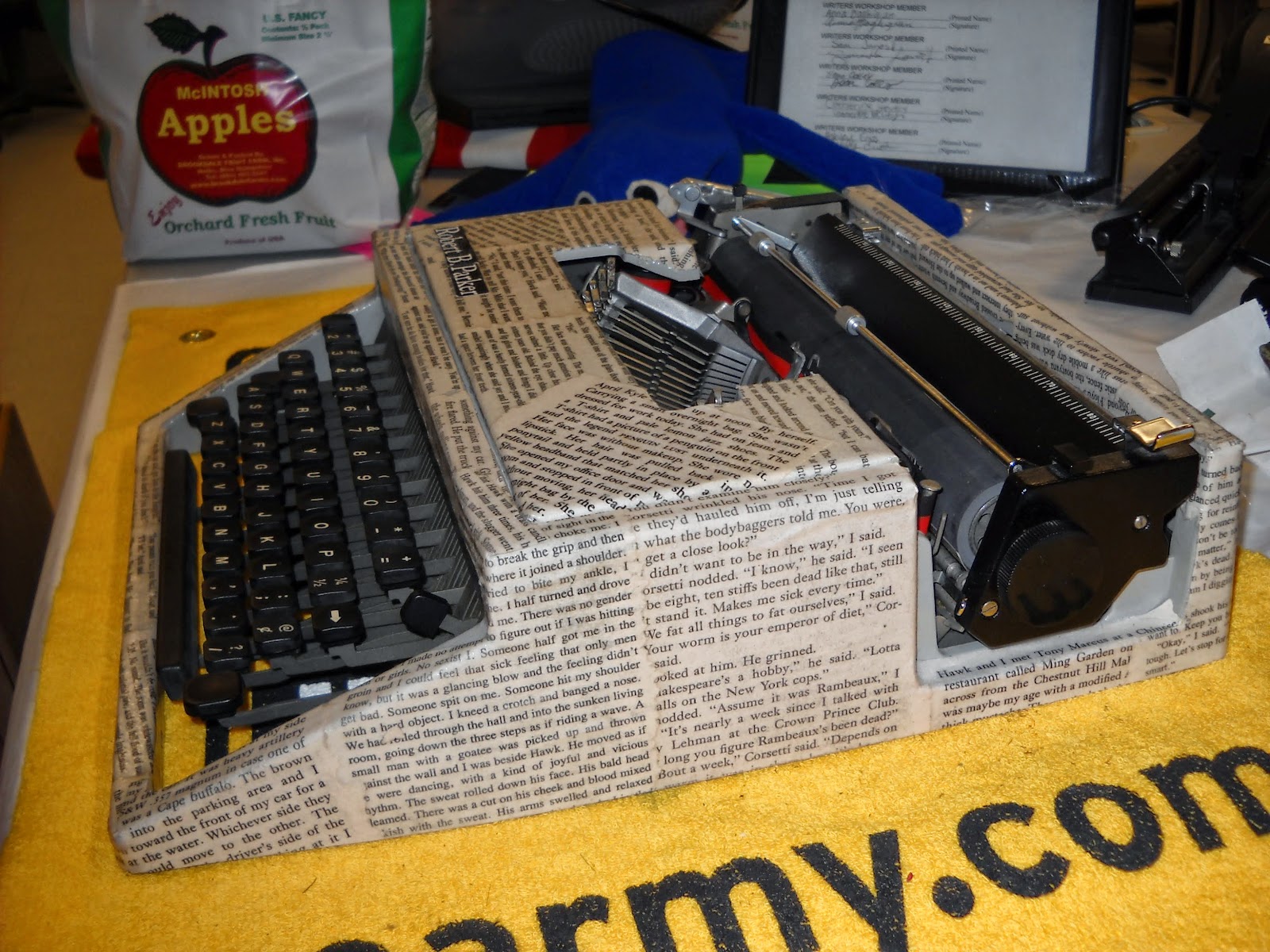 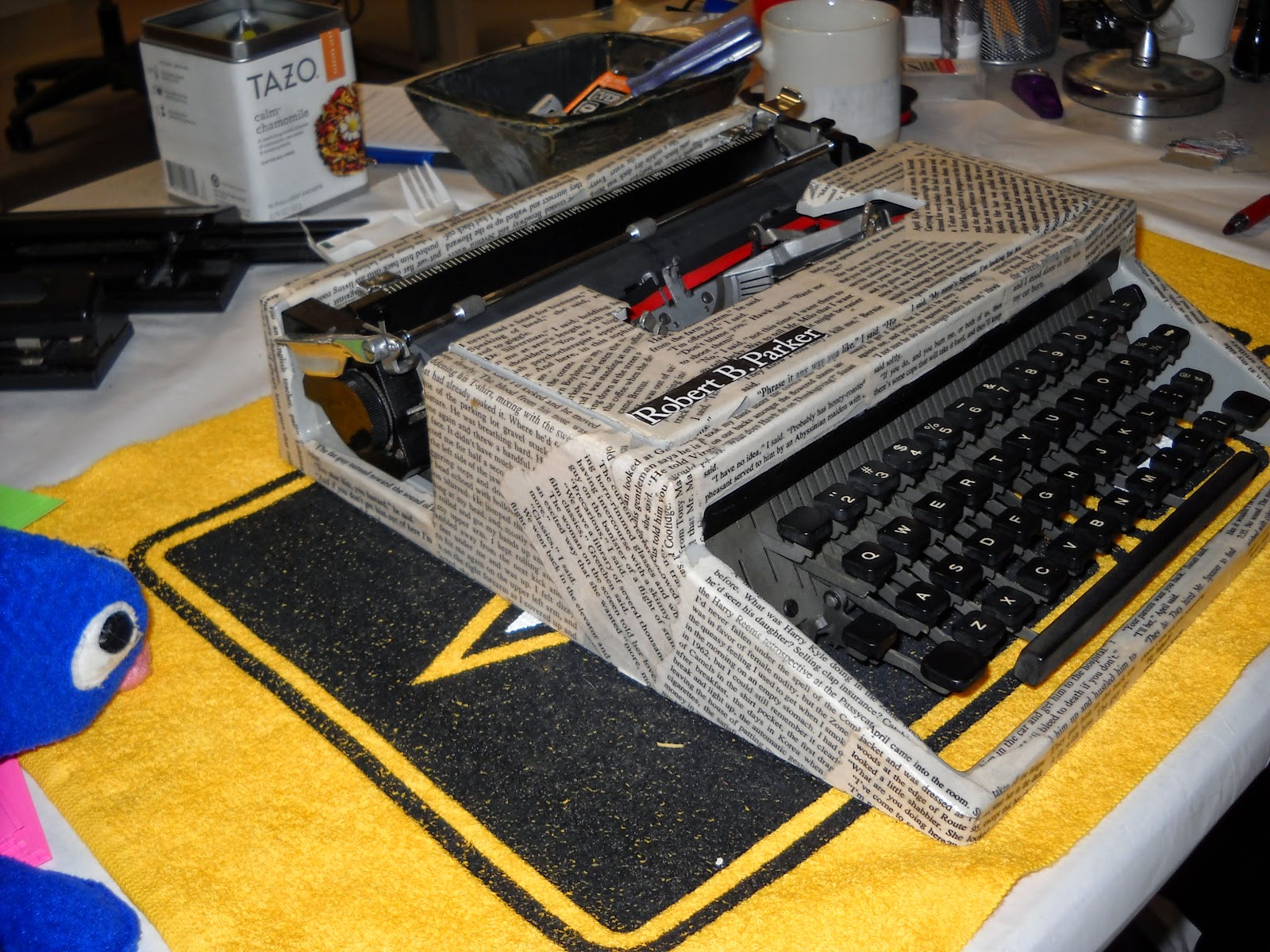 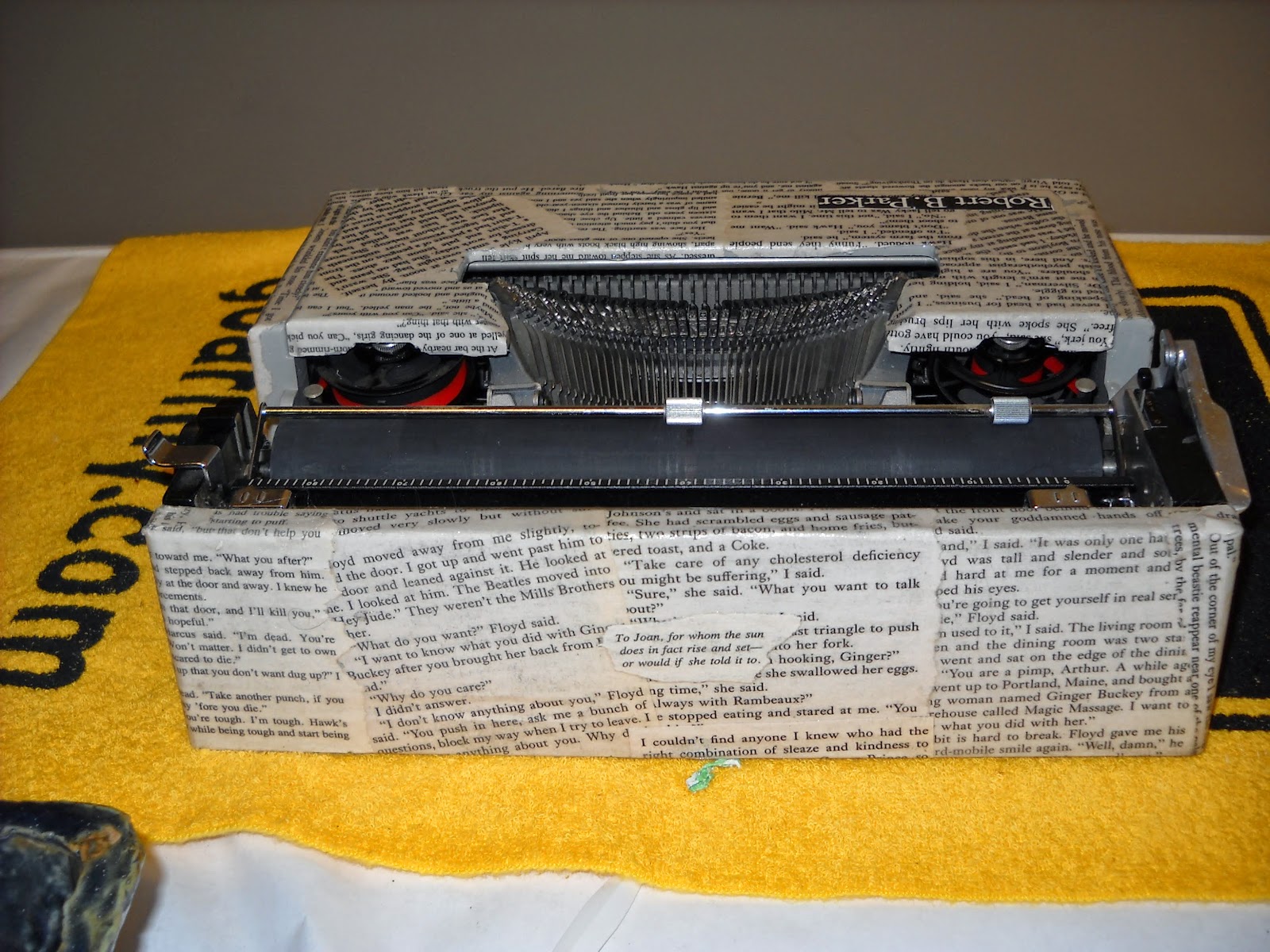 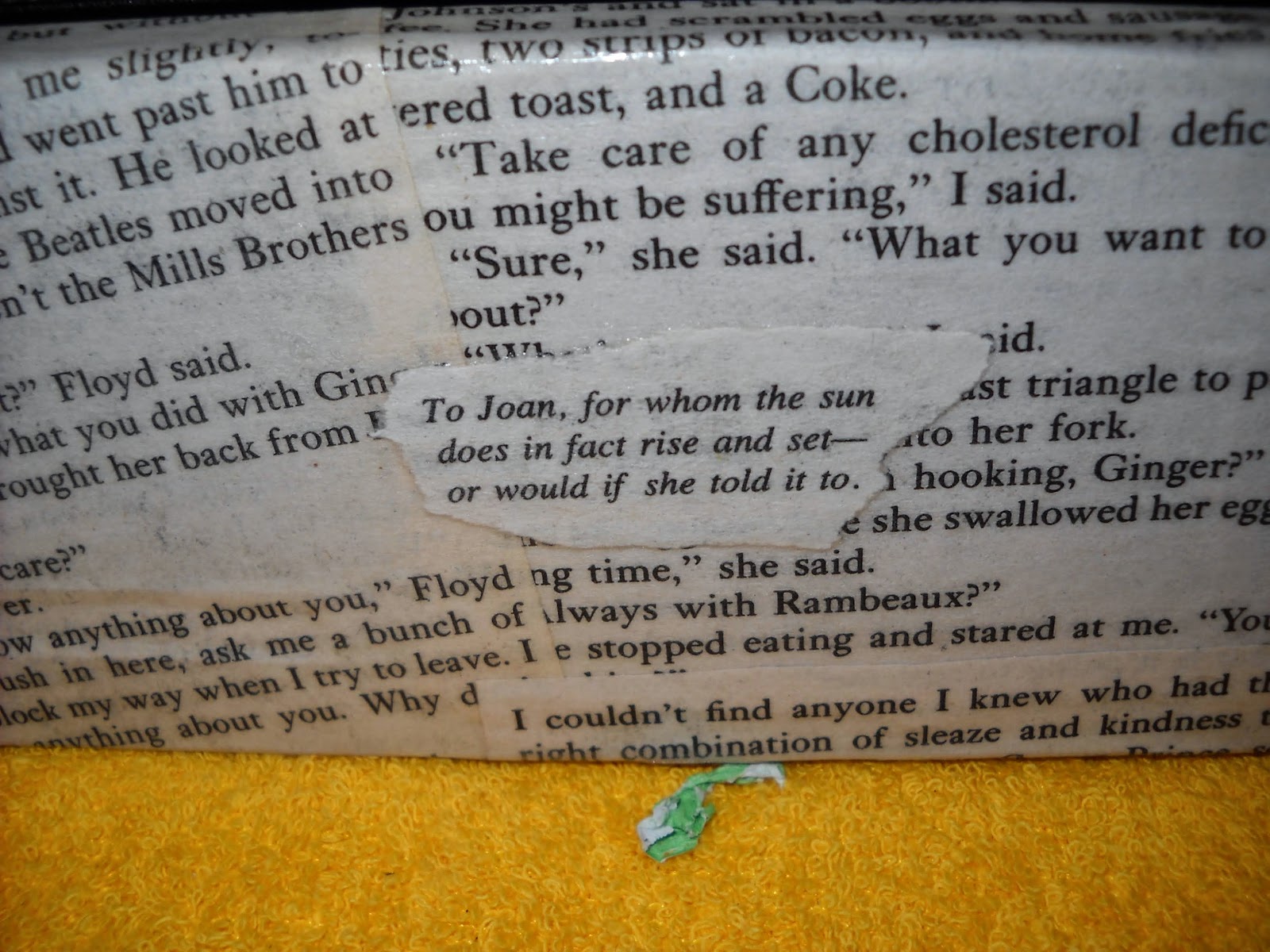 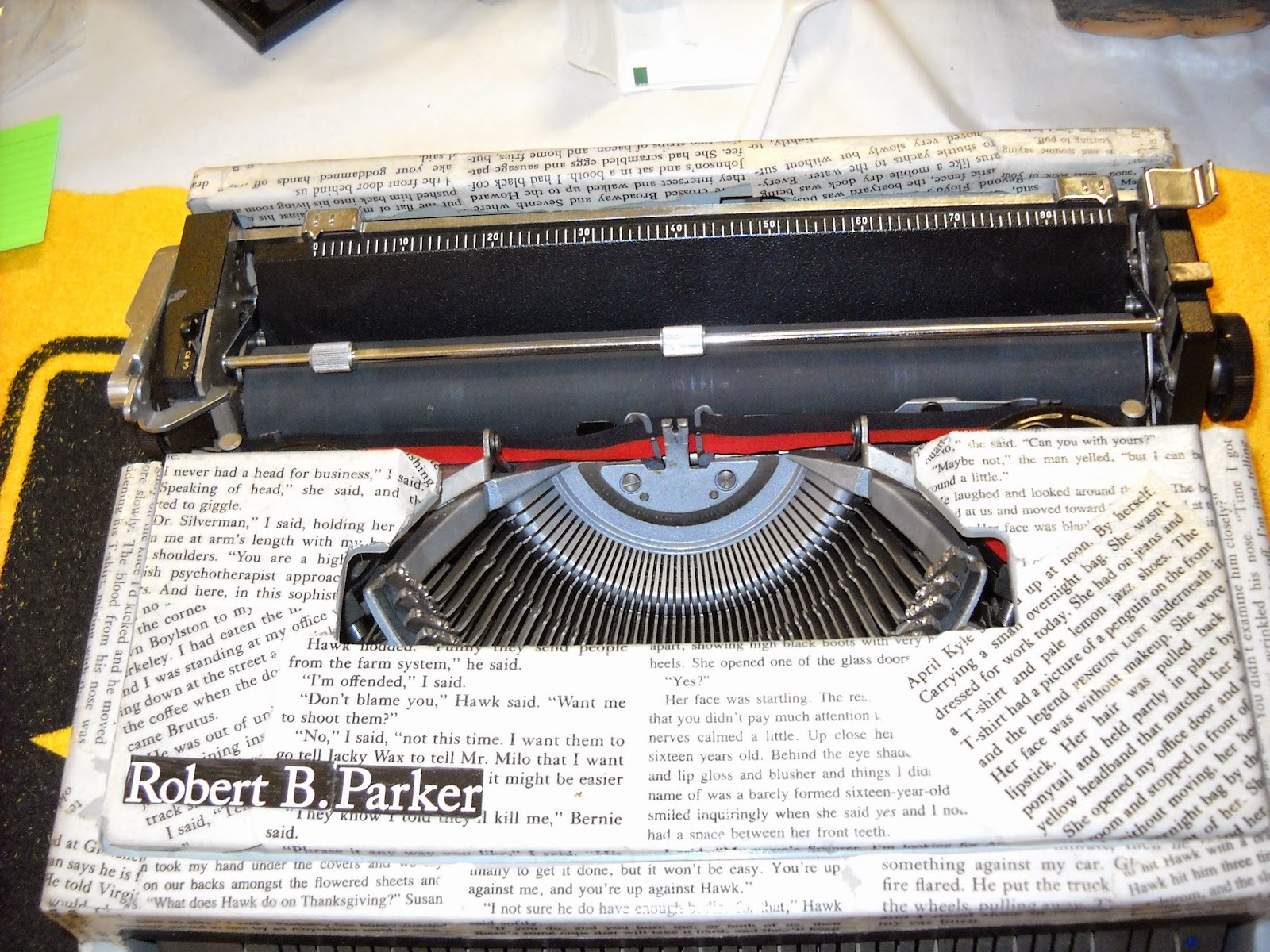 Posted by rwwgreene at 9:26 PM

Writers and Typers and Bears. Oh, my!