I had no expectations when I loaded thirteen typewriters into my car and made the drive to Cafe la Reine in Manchester, NH for that city’s first Type-In. I had organized the event as part of the Granite State’s “Writers’ Week,” a celebration proclaimed by the governor and set in motion by the New Hampshire Writers’ Project.  The Type-In got some good advance publicity, with multiple Tweets and reTweets, Facebook posts, and a story in the alt-weekly The Hippo. Still, in my mind, I was as prepared to be flooded with type-curious folk as I was to sit idle with lonely typewriters crowded ‘round my feet in search of solace. 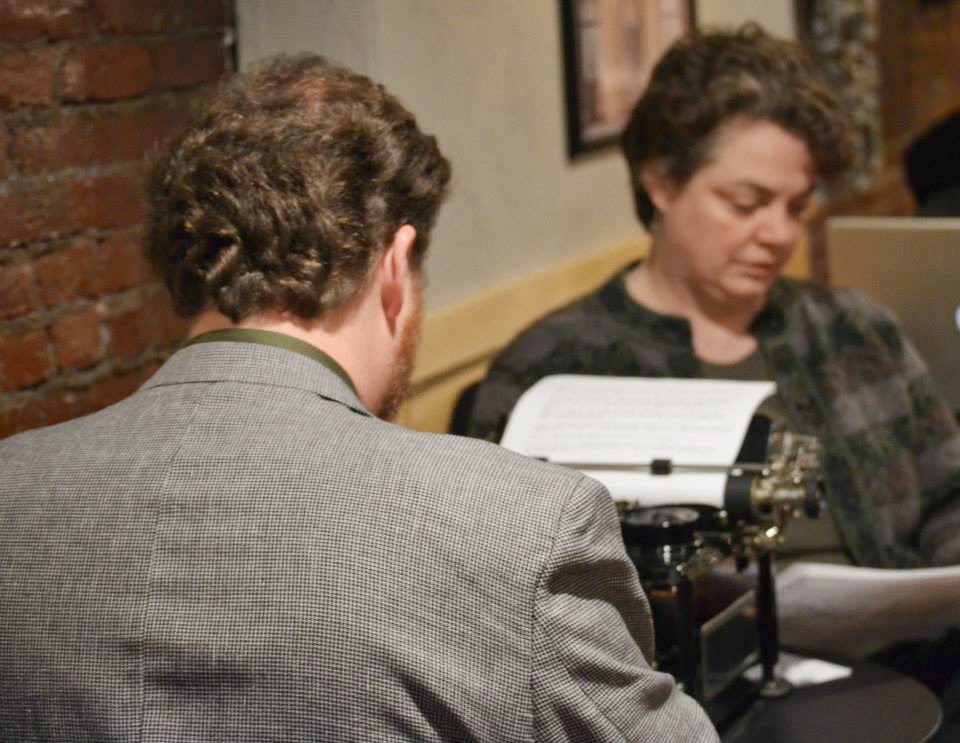 The event was slated to start at 5:30 p.m. Dec. 5, and I loaded everything in at 5. By 5:15 two happy people were banging away -- one on a Olivetti Lettera 33 with script font, the other on a Royal 10 with a purple ink ribbon. More typers followed. 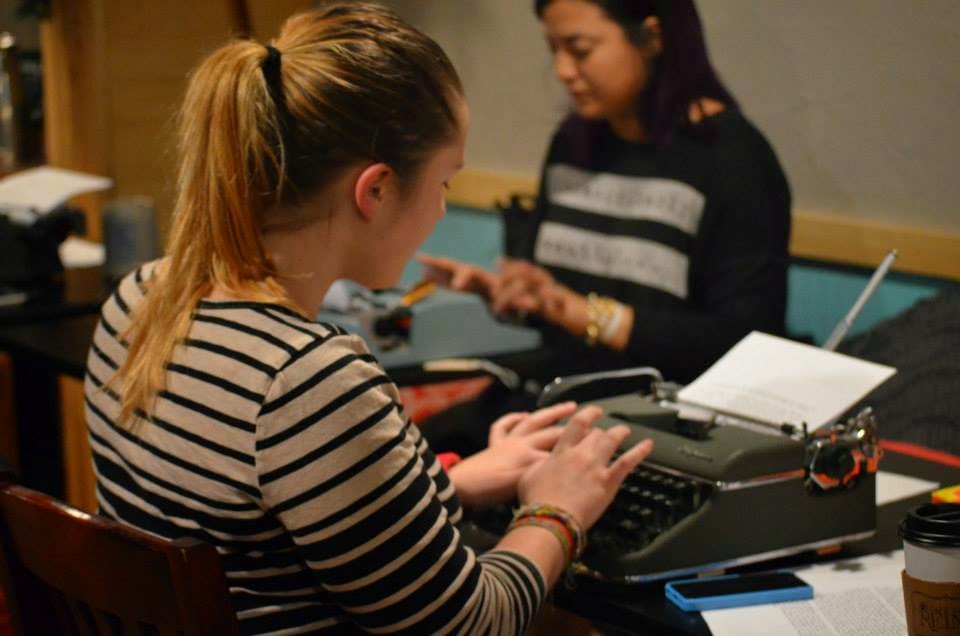 Soon, the little coffee shop was full of the sounds of typing. Some typers knew about the event in advance, others I seduced with the nifty machines and my paper mache pig full of writing prompts. I’d written up a quick guide to life with typewriters and handed out most of the copies I’d made. 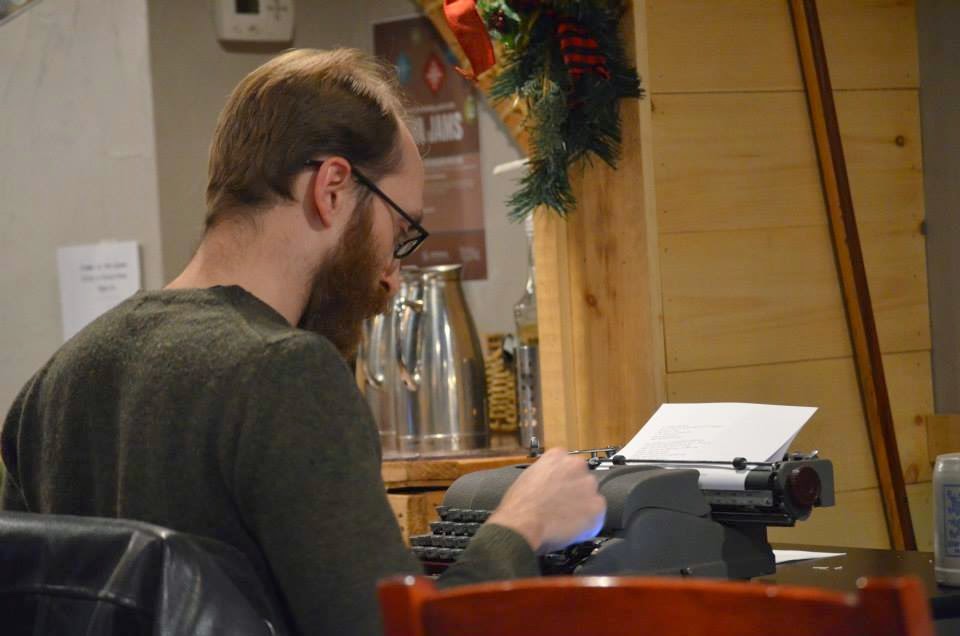 One woman sat down at my Olympia SM4 (also with cursive font) and didn’t leave until she had finished whatever writing project she was banging out. 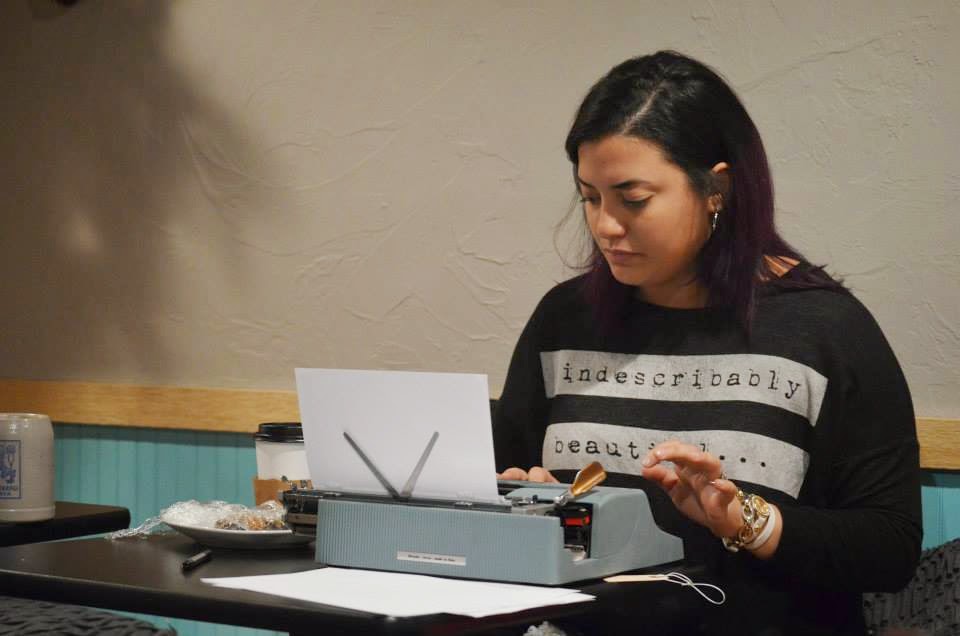 Another woman wrote several drafts of a letter, using a black pen to add the Spanish-language accent marks that the Olivetti she was working on did not offer. 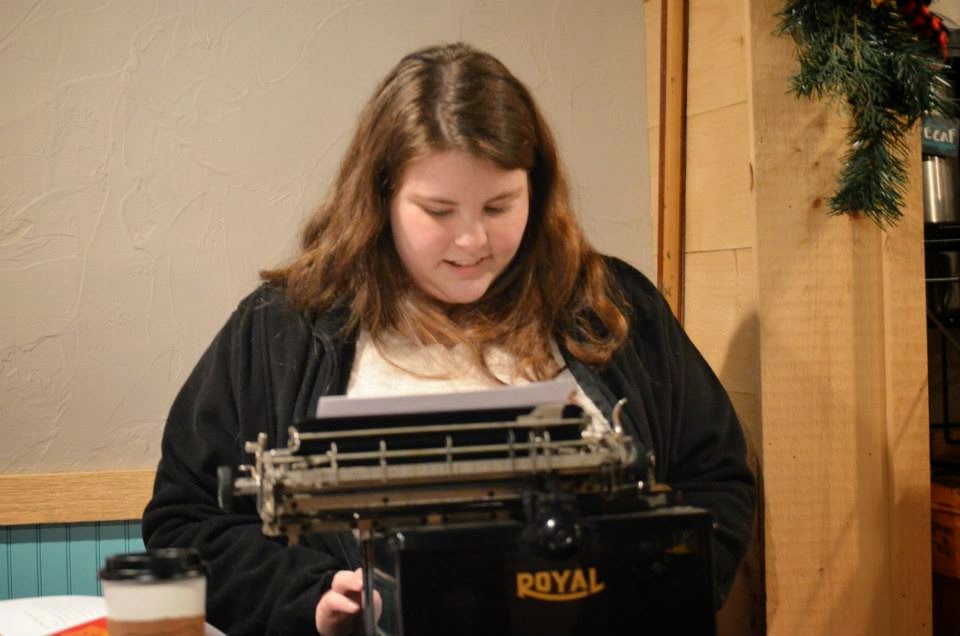 Overall, it was a good time. And I have requests to do more …

P.S. My thanks to my wonderful spouse for taking the photos. 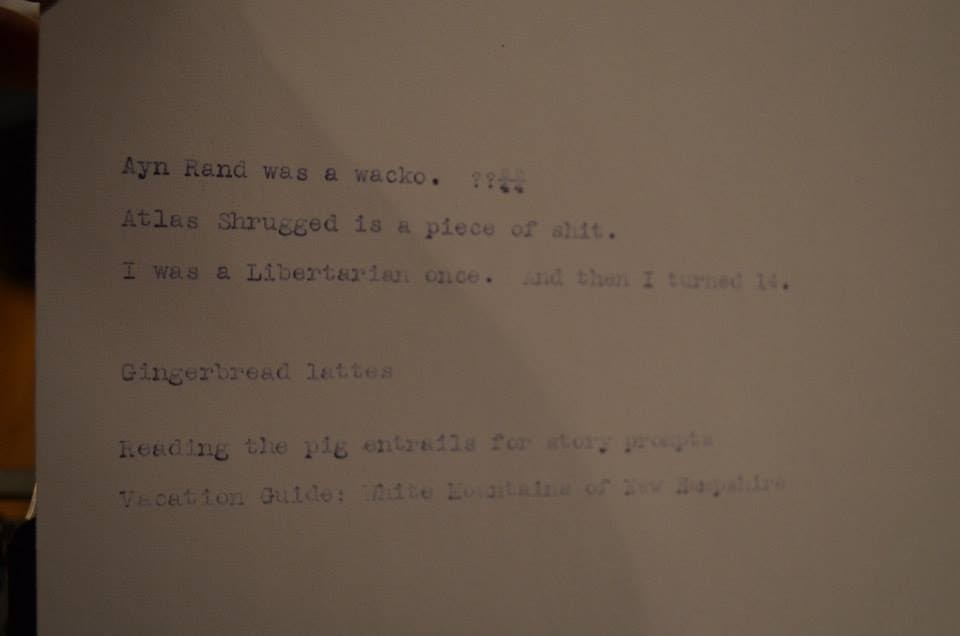 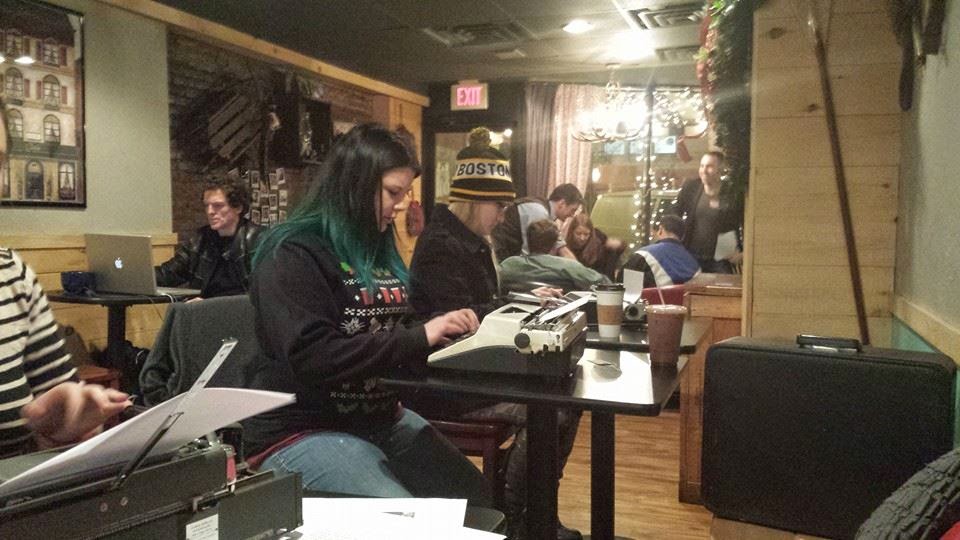 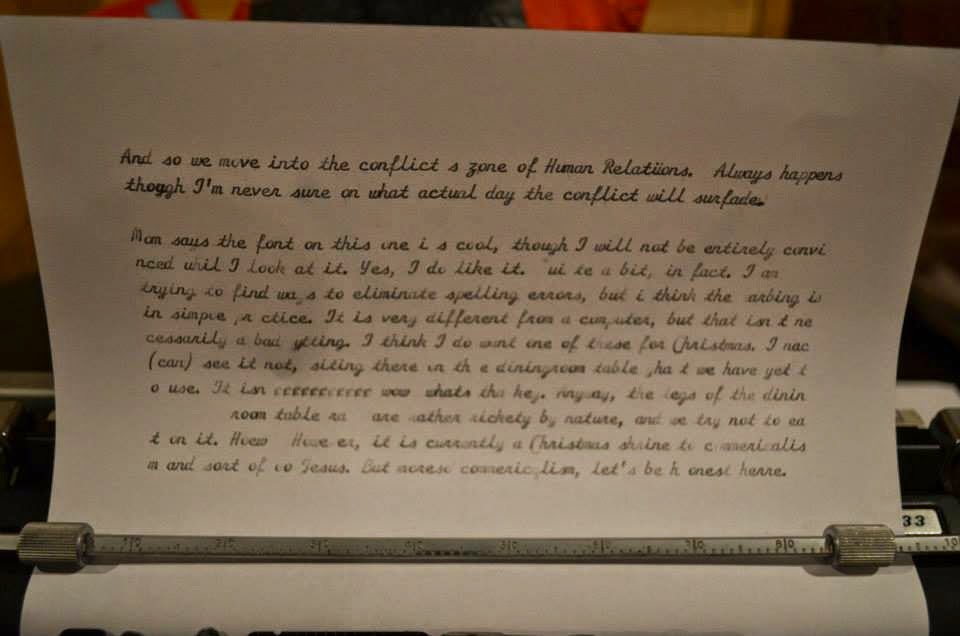 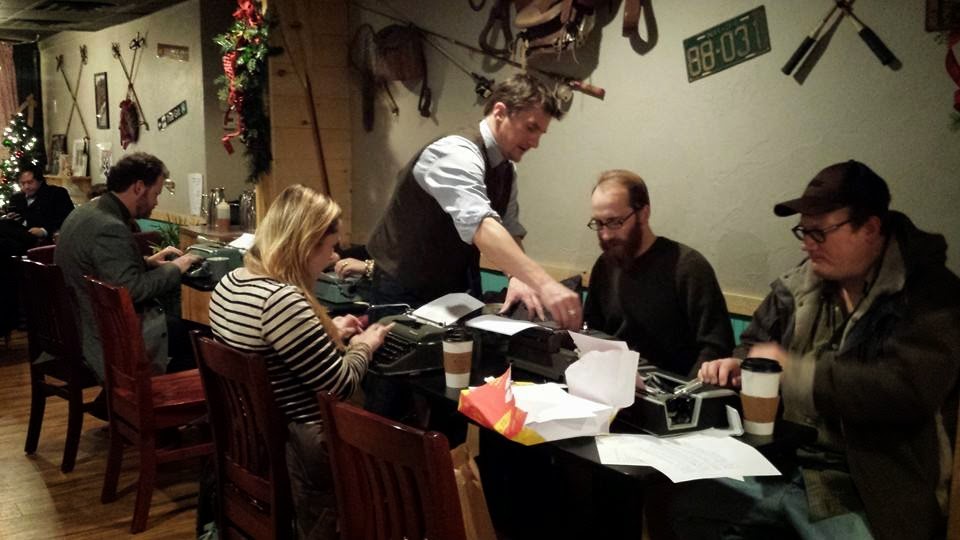 PPS. Here's a link to the typewriter booklet I prepared for the event.

Writers and Typers and Bears. Oh, my!